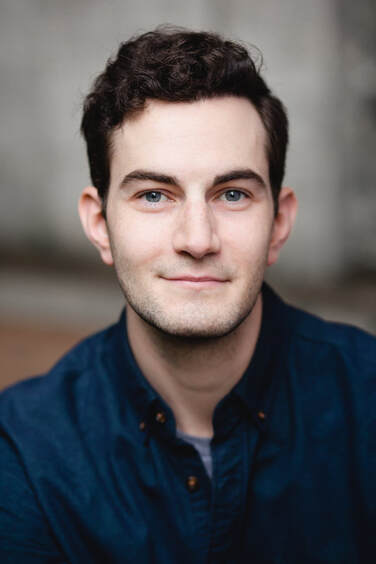 Andy grew up in Texas, performing in various productions of LES MISERABLES, produced by his older brother, Matthew, in the living room. Countless afternoons were spent defending the couch, which doubled as a barricade. Matthew always got to be Enjolras and Javert while Andy was usually Gavroche or Éponine...
But, you know, he's not bitter.
In 2010, a production of Buddy: The Buddy Holly Story, in Lubbock, Texas, prompted his transition from the medical industry to entertainment industry. He learned how to play guitar in less than 2 months for the titular role, which he did by playing in bars with Eddy Weir - Buddy Holly's nephew.
He moved to New York City where he is currently based with his wife, Esther Stilwell, and their daughter, Haven.